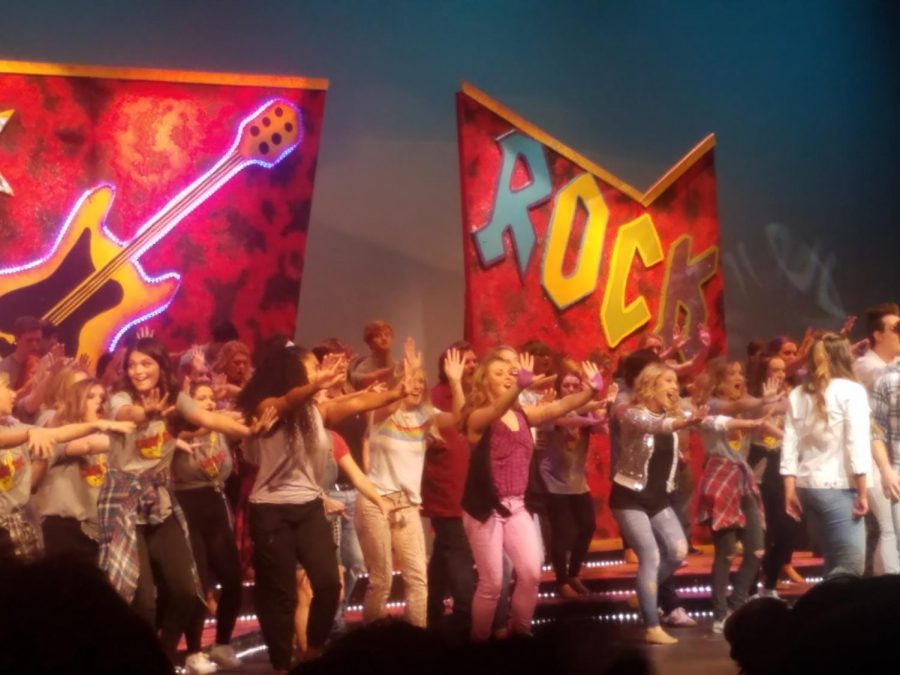 On October, Friday the eighth, Cabot theater presented Camp Rock the Musical. It was an amazing play and the students did an amazing job. In every part, I went back to my childhood remembering all the movies and my favorite parts.

For students around the ages of 16 to 19, Camp Rock was huge, so when the anonymous man who got all the seniors tickets to see Camp Rock a lot of people didn’t want to see it because they didn’t want to remember Camp Rock as a bad thing that happened in a high school play, but when the theatre students made an amazing performance it was hard to hate.

At the end of the seniors show, after everyone took a bow on stage, the crowd was cheering and people wanted to see the stagecraft crew, or as the audience called it the “boys in black”, the people who worked hard to make the set, make the outfits, control the mics, and move the lights. The stagecraft crew who were at the play at the time went out on stage due to crowd demand.